The goods (or consolidations) are received at the airline’s handling agent warehouse.

The whole physical air transport process can be pictured by the following steps:

A variant in the air cargo process can be to get to the destination in two or more steps instead of one, then the shipment goes into a transit:

Whether a direct or a transit process should be used is up to the forwarder (where necessary in communication with the shipper) and depends on required price, throughputtime (also in relation to flight schedules of different airlines) or special cargo requirements (security, live animals, etc.)

In case of a transit shipment the process in between the flights will look like this:

Or in some special cases or high priority cargo services, if the connection time allows,  the transit process can even look like this:

Besides the physical handling, other important functions of the handling agent are:

The incoming checks before loading and departure of the aircraft are of vital importance for the airline as well as rest of the process :


Next the goods and documents are separately handled, sorted for destination + outgoing flight number.

At a certain TBD the building of the ULD’s for the flight will start, and the documents will be gathered in the flight bag.

ULD’s are designed to fit exactly in different aircraft types, and are considered part of the aircraft structure during flight. Find out more about the different types of ULD's here on WikiPedia , here on CargoHub or here on BA World Cargo. Or take a look at CargoComposites' Guide to Air Freight Containers (ULD's).

The cargo doors are shut, and the aircraft is now ready for departure. 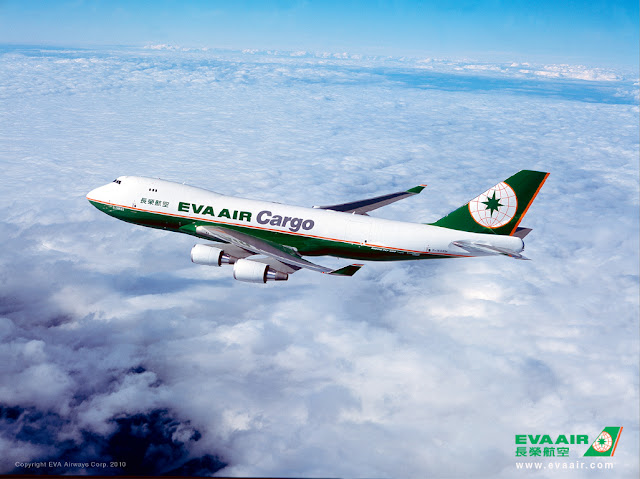 During flight the crew will control the temperature in the aircraft cargo holds according to NOTOC or load sheet ; in most aircraft the temperature and air circulation of the cargo compartments can be set per compartment.  In case a steady cool temperature is required for the transport, containers with cooling equipment, insulation equipment or dry-ice can be used.  Look here for an example document about air freight / cold chain handling opf perishables.
In case of transport of bigger live animals (like horses or elephants), an animal attendant may fly on board and check and look after the animals during flight ; airlines that deliver these services, will often also have special areas at the airport where the animals or pets are taken care of before or after the flight.

At the airport of destination, the cargo and flight bag will go through the whole process again, but then ‘in reversal’.


At receipt of the ULD’s and flight bag in the warehouse and office, the handling agent will inform the receiving forwarding agent that the shipment has arrived and the documents can be picked up.

The manifest is cleared for customs when all individual shipments have been cleared and picked-up by the forwarder.

Not all air cargo travels in ULD’s ; smaller cargo packages can also be carried as loose cargo in the belly of the aircraft, just like the passenger’s luggage.  Air mail for example, is often carried in mail-bags as loose cargo in the belly hold.  Loading, unloading and handling loose cargo can be much faster than the the ULD process but it is also less efficient, and requires different handling equipment ; therefore loose cargo is often used for the urgent or highest priority cargo products, and in practice only on narrow-body aircraft.

Finally it is the airline's responsibility to handle claims on behalf of the customer (=forwarder) in case goods are damaged or lost in the A2A process. 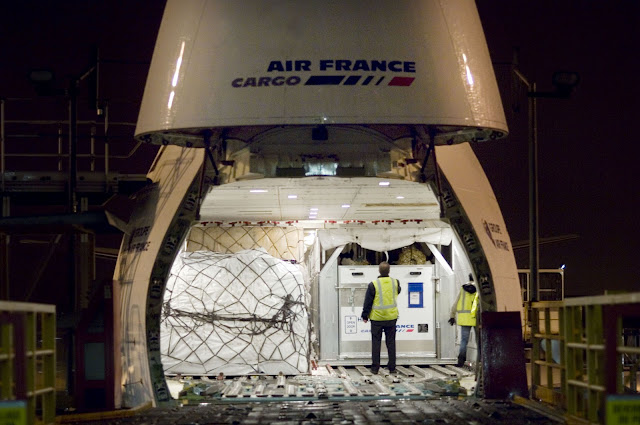 What is a Backhaul said...

I like how the solutions elevate the passengers’ travel experience and optimizing airport logistics through streamlining operational processes, identifying and removing baggage handling bottlenecks, increasing flow transparency and capacity, and reducing the quantity of mishandled bags, trolleys and other assets.

Hi "what is a backhaul" I understand what you would like to know, but baggage generally is NOT part of the air cargo process. Baggage is transported in the same kind of containers as air cargo, but are part of the PASSENGER handling process ; the other containers and pallets on board of the aircraft are assigned as cargo and part of the CARGO handling process. Sometimes delayed or left behind luggage can travel as cargo though (e.g. on the next plane). For the baggage handling process, see Wikipedia: http://en.wikipedia.org/wiki/Baggage_handler

Hi "what is a backhaul", see my other reply for your question about baggage, but do you already know what a backhaul is? Also here there is a difference for...

* CARGO (a backhaul is a shipment that allows a carrier to make money on the trip back to their home base ; see Command Transportation: http://www.commandtransportation.com/about-us/what-is-a-backhaul.aspx) and for...

Hi there! Thank you for sharing your thoughts about air freight. I am glad to stop by your site and know more about air freight. Keep it up! This is a good read. I will be looking forward to visit your page again and for your other posts as well.
Some companies have stopped operating or have been merged into other carriers.
We perform live animal pick-ups and deliveries.

I'm quit new to Air Cargo industry and find your blog very well described and interesting.
I have a question.
In the part of world where I live many Airlines have GSA who handle and sell air cargo on their behalf.Which rate are the supposed to sell to Freight Forwarders,is it an official Tact rates or do they use their own commercial rates with the agreement of the airlines? The GSA sell the cargo space to both forwarders and general public.
Secondly where can I find published an official TACT rates,is there any source?
Many thanks

Hi Jans, basically you can negotiate rates based on volumes shipped, and rates can vary based on space available vs demand. Here's some advise on how to negotiate better freight rates: http://chinaimport.hubpages.com/hub/How-to-negotiate-better-freight-rates
Here's the link to IATA's TACT page: http://www.iata.org/publications/Pages/air-cargo-tariff.aspx
I will try and get some more information on the subject. Plse also check the lower part of my "Shipping" page.

Air Freight
Thank you for sharing Air Freight info.I'm very happy to found this post to be every informative.It is also very useful for every body.

Hi ..why does bagages still get lost once checked in? What are the possible failure modes

Hi, baggage is basically handled by the passsenger departments of the airlines, not the cargo departments. Perhaps this link helps: "4 Most Common Reasons Airlines Lose Luggage" on http://www.budgettravel.com/feature/4-most-common-reasons-airlines-lose-luggage,7558/

I always wondered how they dealt with packages going to remote places. There is no way that enough packages are going to Abu Dhabi from a small town in Texas to fill a whole plane. It makes sense now though. That seems to actually be a pretty efficient way to do air freight. http://www.alaskaairforwarding.com/construction.php

I have been wondering how air transport for commercial cargo works. It's actually quite interesting. I think I should show this article to my husband.

Your blog is so informative i have get information for your blog which i want thanks for sharing this blog with us. Logistics Service Provider India | Customs compliance services company

If you need a faster way to transport your goods, what better way than to have it transported through an airplane. Being able to know the workarounds regarding transportation in air will ensure you a well delivered freight.
Best,
Ryan Metro Combined

Is it possible that the Cargo/Package be Offloaded by the airline or handling agent?...and from the Process you have stipulated, which area that is vulnerable during Cargo Peak Season that can cause Delay to the goods when the work load is overwhelming.

Hi Jess, yes offload by the airline for capacity or payload restriction reasons, by the handler mainly for weight or non-compliance reasons e.g. when the cargo or ULD is damaged or not built correctly. So this is for the airline in the planning phase, after the booking is made until the goods are built by the handler (see "Forwarding out"). For the handler this is in the phase of building the goods and transporting them to the aircraft (see "Air Transport").
During Cargo Peak Season esp. the Mail and Express capacity and process is under heavy pressure.


ShipA Freight is a new online platform powered by Agility that makes it easy to get air and ocean freight quotes, book, pay and track your shipments online. We Make it Quick Easy Best in the Entire Logistics Industry Shipafreight Try us Get a Quote.

What are the process involved in each of export and import air services in india?

How is India different from other countries?

Pet Express is Sri Lanka's leading IATA & IPATA certified Pet Travel specialist & worldwide service provider for relocating pets all around the world We are a professional Pet Relocation agent based in Colombo who can offer you personalized door-to-door international pet transport services in the safest and the most comfortable way. Pet Express can be your one-stop international pet travel agent for your pets moving to / from Sri Lanka. We at Pet Express, always plan your pet's relocation process carefully and meticulously. Our pet relocation specialists have helped hundreds of pet owners to relocate their beloved pets to reach their new homes. Pet Express has unsurpassed experience in shipping pets to / from Sri Lanka, in to many different countries, and our specialist team will ensure you, that all of your Pet's international travel requirements are met accordingly and your Pet's journey will be planned smoothly and stress-free. Pet Express