The goods are delivered at the forwarder’s warehouse.

The forwarder, sometimes also called expeditor is the ‘architect’ of the air cargo supply chain.  A forwarder or expeditor can be IATA certified ; in that case he is referred to as agent.  An agent is an IATA certified expeditor or forwarder that …
... has been thoroughly checked for financial status
... has enough air cargo potential
... has the right facilities for handling air cargo
... has trained personnel for handling air cargo and dangerous goods
... receives commission from the IATA associated airlines
... may use the airline’s Air Waybills


The forwarder will buy space at the airline's sales or customer service department, or in case of a foreign airline sometimes through the airline's General Sales Agent, a GSA.  (A short note about the GSA: An airline can decide to appoint a GSA when it proves beneficial to have the lower and more flexible costs of a hired local sales team instead of setting up an own sales-team, which is often more expensive and has fixed costs.  Some sources claim the performance of a good airline sales-team will in the end always be better than the performance of a GSA ; I guess this can probably be managed upfront in a good tender, contract and performance review process though.  Probably a good tip in selecting a GSA is for the airline to check with their potential local customers, the forwarders, in advance, because they know the market best.)


Air cargo is generally sold for a fixed price or a fixed rate per kilogram, often with a minimum charge to cover basic expenses of shipment handling.  Customers (forwarders) with a continuous demand of space on one or more specific routes, or with a continuous turnover with the airline overall, will negotiate and contract their own space and pricing details with the airline.  Sometimes also so-called 'spot rates' can be requested for ad-hoc shipments.  And it is also possible the airline offers special rates to assure the aircraft's capacity will be filled.  Take a look here on ezinearticles if you want to know a bit more about by whom and how air freight rates are calculated.  Basic air cargo rules and rates are laid down in IATA's TACT (The Air Cargo Tariff) ; rates are negotiable based on your shipped volumes and on capacity vs demand on the requested routes.

An important factor in air cargo pricing (with the airlines, but also with the large integrators DHL, FedEx, UPS and TNT) is the dimensional weight conversion.  As stated here on Wikipedia: by charging only by weight, lightweight, low density packages become unprofitable for freight carriers due to the amount of space they take up in the (often very expensive) truck/aircraft/ship capacity in proportion to their actual weight. The concept of Dimensional Weight has therefore been adopted by the transportation industry worldwide as a uniform means of establishing a minimum charge for the cubic space a package occupies.  Therefore the volume is converted into a (higher) weight / price class.  Take a look here on Export911 to see the weight or measure factors for different transport modes.

Of course the airline will try to optimize their expensive cargo capacity on board of the aircraft, and try to sell this capacity at the highest revenues.  This is called airline cargo revenue management ; look at some of the principles and challenges for this here in Sabre Airline Solutions' Whitepaper.


First step after the pricing is obtained, is to make an airline booking for the shipment and get the airline’s confirmation in order to assure space on board of an aircraft:


The reservation will be validated against the airline's capacity, commodity and revenue management criteria, and will be officially confirmed as soon as the booking is accepted.  Now the booking process is complete.

In case of a so-called blocked-space agreement in which the forwarding agent has a continuous reservation (allotment) for space at one or more flight / date combinations with an airline the booking process may sometimes go slightly different, but the basics are the same.

There are a few recommendations in order to assure a smooth process for the airline and the customer:


In order to keep track of the different customer’s shipments from one exact address to another, the forwarder makes a House Air Waybill (HWB) for each such shipment. The House Airwaybill is the shipment contract between the end-customer and the forwarder, so basically the forwarder acts a a carrier towards the shipper. (This is also called a Non-Vessel Operating Common Carrier or NVOCC, which is a shipment consolidator or freight forwarder who does not own any vessel, but functions as a carrier by issuing its own bills of lading or air waybills and assuming responsibility for the shipments.)


Next step is to make the goods ready for carriage (RFC)


Often the forwarder combines shipments of different shippers travelling the same airport-to-airport stretch into a consolidation, because …

The main contractual obligations of the carrier are to deliver a shipment:


The airline's Air Waybill or MAWB is a so-called non-negotiable transport document, so it is not a proof of ownership of (or document of title to) the goods ; the document + goods cannot be traded.

When the goods are ready for carriage, the forwarder orders transport of the goods.  If needed the goods will be temporarily stored at the forwarder’s warehouse. 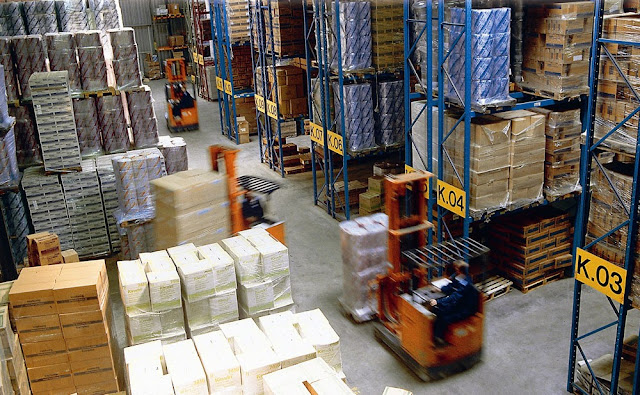 
In case of large volumes and blocked space agreements with the airline, the forwarder may already prepare ready for carriage aircraft pallets.  This minimises the handling time for the airline, and so the overall throughput time of the shipments. 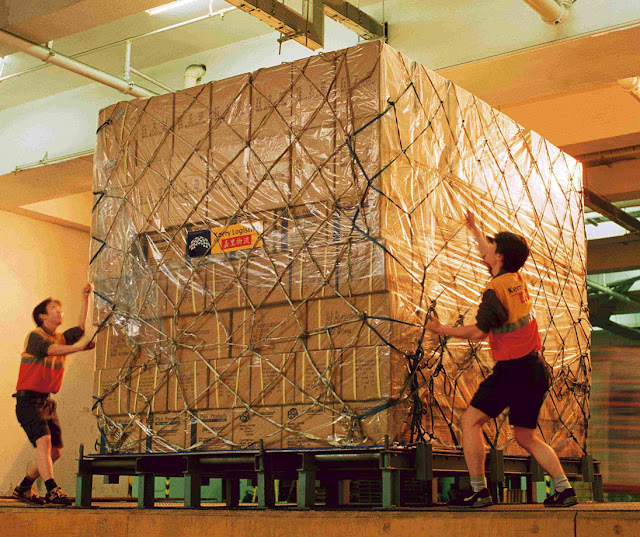 The goods are picked up by road transport for delivery at the warehouse of the airline’s handling agent who takes care of  further cargo handling for the airline.
- 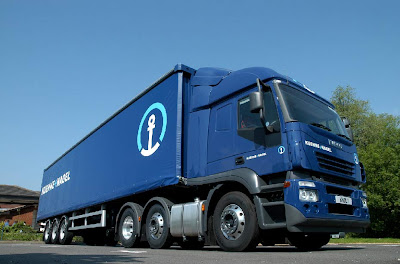 
The receiving forwarder will often be a branch of the same forwarding company, but it can just as well be a partner forwarder from another company, in which case an ad-hoc or longer term commercial agreement will be made
•

Besides this basic process, other important functions or side-processes of the forwarder are:

(For further information about the subjects in this chapter, also take a look at forwarder KG SID's view on the role of the forwarder as a designer, and the planning of an airfreight shipment ; and what the forwarder has to do in case of time critical shipments.  Also some views on the small size freight forwarders and cooperation between small forwarders.)

Thanks for great information you write it very clean. I am very lucky to get this tips from you

Thanks for the detailed information about how forwarding out works.

The supply chain is not as simple as I thought, thanks for detailing the complex thing in total.

hi... ur site is very useful.
but can you guide me how to register a courier company in hyderabad. licence from gov .. procedur

Hi ..I think its the best I have ever got on web...Can u guide me how to register courier company in hyderbad. licences, procedures, amount to deposit etc..

Hi Manan thx for your interest but this depends on local laws and regulations, I cannot answer that sorry... Perhaps someone else here? Brgds R

A Stupid question: export Custom Clearance activities are always to be performed (e.g. from EU to Asia?)..what are concretely the documents to be created? Do I need a freight forwarder for doing it or a company can produce such documents by itself?

Thank in advance for responding

Hi Giovanni, no a valid question I think, and yes fro EU out you will always have to perform customs clearance activities, but as I am not an expert on this, and it also depends on the kind of goods and the purpose of export, I cannot tell you which documents to use. Basically you need a customs broker and/or forwarder for that. Sorry & succes brgds R.

We all appreciate your information. Keep posting these kind of nice blogs.

Nice Blog Thanks for Sharing , We provide complete Customs Clearance Services for consignments of import and export through air or ocean or land transportation and Logistics.
import export license
iec code online application
merchandise exports from india scheme
Customs clearance agents
How to export from India

Hi Great one. Thanks for the information how to find the cheapest courier from USA to India?

It is my great pleasure to visit your website and to enjoy your excellent post here. I like that very much.
Logistics and Supply Chain Management Companies in India | Freight Forwarders in Bangalore

Hire a Professional Company for Air Freight Soultions USA Service.We at MultiSeca are able to give the best market competitive rates for air cargo service in Canada Congo and USA. Our professionals with their significant years of experience in the related field will help you provide air cargo service of your goods in a efiicient manner.

Since we are in the line of providing cargo services, know how important this piece of information can be if we apply it on Pakistan Cargo. Nice job done.

They help individuals as well as businesses to transport all kinds of goods to places around the world.

Hey I'm studying international freight forwarding and reading your blog was really informative and understanding. Thank you for sharing.

We, Haulystic – Global Logistics
have solved the phenomena by building enhanced trust at all levels. You can choose from the list of buyers and suppliers to work with and use our handy tools to make your business easier. The growth of your business is only a matter of time whilst you are working with us.

Interesting stuff to read.Thanks for the post.
Freight Forwarding

PAKISTAN CARGO DUBAI - Fastest Air Cargo To Pakistan
this site is so good use it
https://www.worldcargo.ae/