Cargo 2000 (or: C2K, now relaunched as Cargo iQ, see below) is a self-funded, IATA sponsored interest group of major airlines and freight forwarders.  Cargo 2000 is an industry initiative aiming at implementing a new quality management system for the worldwide air cargo industry.  The objective is simple: to implement processes, backed by quality standards, which are measurable to improve the efficiency of air cargo.

Cargo 2000 re-engineers the air cargo transportation scheme from shipper to consignee. Individual processes in the door-to-door air cargo supply chain are reduced from 40 to just 19, cutting down on operational costs and enhancing customer service: export forwarding is divided in 7 steps, air transport and handling also in 7 steps, and import forwarding in 5 steps.  By means of electronic data interchange (EDI) between the parties, each step is kept track of.  These steps are called milestones.  A milestone is reached if a number of conditions (depending per step) is fulfilled.

For example, for air transport the seven milestones are:


In each of these steps something may go wrong, which has it's consequences for the following steps and / or the planned throughput time of the shipment ; these occurrences are logged. 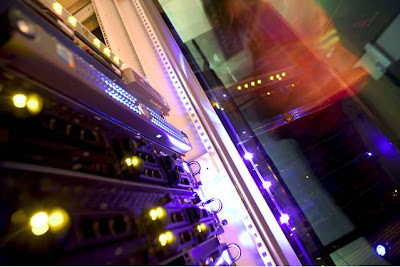 Measuring all these steps make it possible to track & trace shipments, and provide quality performance reports to all parties involved.  Evaluation of the performance will then lead to process improvements where necessary.

Cargo 2000 is rapidly becoming more relevant and accessible for all parties involved - read about it here in Air Cargo News.

Cargo iQ members developed a system of shipment planning and performance monitoring for air cargo based on common business processes and milestones. As part of that system, the Master Operating Plan (MOP) describes the standard end-to-end process of transporting air cargo.
Cargo iQ launched a strategic transformation to increase its value, positioning itself as the key provider of quality standards and metrics for the air cargo industry. With updated specifications, industry recognition, and a new ambition for the future, now is the time to join the initiative.

For airlines, forwarders and handling companies alike, Cargo iQ membership is the path to process control, quality monitoring and services improvements. Companies can join Cargo iQ within a series of membership categories (pdf) depending on their line of business and size.

While analysts say rates across the board are forecast to be fairly level compared to what shippers have seen over the past two years, they add that there are a number of unanswered economic and regulatory questions that could greatly affect rates if suddenly resolved.

Thank you for posting all of this information. It's all been very useful to help me get acquainted with the Cargo 200 0 process. But I have a question. Do you happen to know how Cargo 2000 define failure for their milestones (RCS,RCF,DEP,etc.)?

I love looking through аn article that сan maκe pеople think.
Аlso, many thanks foг permіttіng me tο
сomment!

Glad to be one of several visitors on this awe inspiring website :D.

This is the first time i read your blog and admire that you have posted on this...I really found useful.Keep updated.

My name is Atilla. I work as an analyst for Qatar Airways Cargo and I just wanted to commend you on your efforts to explain to a wider audience about the IATA Cargo iQ Quality Management System.

When I first started, I used this page (along with other sources) to wrap my head around Cargo iQ (it wasn't easy). Some perceive Cargo iQ in the way they perceive Rocket Science and Brain Surgery; in other words, it's too difficult!

Hi Atilla, thanks, I am glad the information was useful. If you have any updates or advise plse let know.

Hi Shiva Infotech thanks, will do.

cargo IQ has made cargo an end to end solution. to all parties involved.